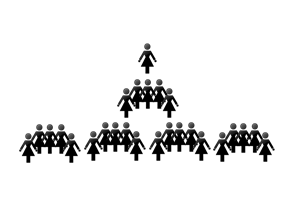 Grameen model was first pioneered by the Nobel Laureate Professor Mohammed Yunus in 1974 when he was inspired during the Bangladesh famine of 1974 to make a small loan of US$27 to a group of 42 families as start-up money so that they could make items for sale, without the burdens of high interest under predatory lending. Yunus believed that making such loans available to a larger population could stimulate businesses and reduce the widespread rural poverty in Bangladesh.

Generally, poor do not have collateral to obtain a loan. Grameen model addressed this problem through a peer-pressure system using a group lending model wherein a women must join a homogeneous group of five members in order to apply for a loan. These five members are jointly liable for paying her loan. The peer-pressure arising out of this model was acting as a social collateral.

At Moris Rasik, we use the same method to organize women into groups of five and then consolidated at a village level Center with about 8-10 groups in each of these centers. All transactions (savings, loans, etc) happen at these centers on a scheduled date and time once every week.