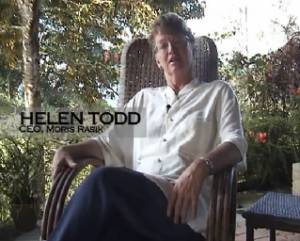 Moris Rasik (MR) was founded by Helen Todd, a New Zealander in 2000 with the support of CASHPOR a network of Grameen Bank applications in Asia.

The first branch with five centers was opened in Maliana in the District of Bobanaro.

The initial funds came from international organizations including $70,000 from Touch Community Services, a Singaporean NGO and $100,000 from the Lee Foundation, a Charitable Foundation in Singapore. The subsequent funding came mainly from HIVOS, a Dutch organization for development.

During the first ten years of its operations MR achieved a considerable progress in its operations providing credit to more than 20,000 poor women and achieving financial self-sufficiency in 2007.

In 2013 Head Office of MR was shifted to the current premises at Timor Plaza. Currently, the total staff strength is 148 of which 47 are field staff who are called as Kliente Staff.

Originally MR was registered as a Non-Government Organization (NGO) but later registered as a Not-For-Profit Foundation. As a NGO MFI, the room for future expansion is limited due to regulatory reasons. MR now wishes to expand its operations further and therefore has applied for a license from the Central Bank of Timor-Leste to operate as a Deposit Taking Institution (ODTI).